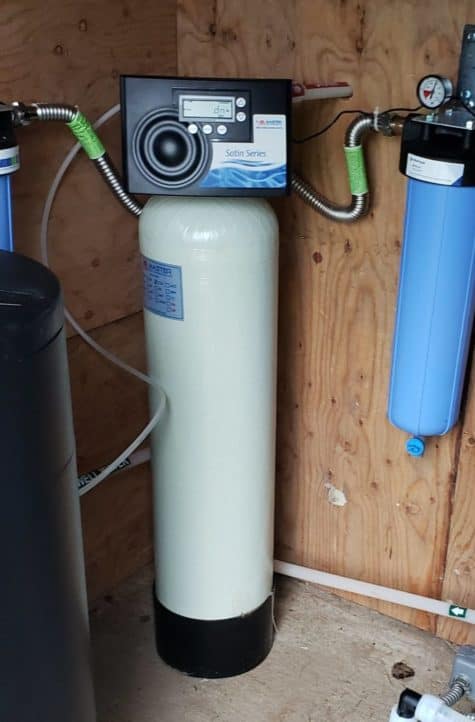 What is a Water Softener?

Water softeners are technically called Water Conditioners and are used to make filtered water readily available for use.   Water softeners are designed to remove hardness from water. Water hardness, a measure of calcium and magnesium in the water, creates adverse reactions with soap, will damage water heaters and piping, and often creates an undesirable calcium scale on fixtures, in tubs, and shower basins. Water softeners can also be used to reduce ferrous iron (known as ‘clear water iron’) in limited amounts, and also manganese.

Water softeners are used throughout King County, Snohomish County, and other areas of the Puget Sound region for water conditioning, and primarily for the removal of iron in its ionic state (clear water iron). Softeners are also used as pre-conditioners before reverse osmosis systems to enhance membrane life.

How does a water softener work?

Water softeners work by exchanging sodium ions for calcium, magnesium, manganese, or iron ions. Basically, this works off the principal that opposite charges attract – a negatively charged particle will attract a positively charged particle.   Hardness particles come out of the ground with a positive charge – these charged particles are called ions. The resin, or media, inside of the softener has a chemical preference for the ions in groundwater, such as hardness, iron, and manganese.  When the ions in the water float by, the resin will exchange a sodium ion for the hardness ions.

During the Regeneration process, or cleaning process, a softener will mix a brine solution from water and crystalized salt. The brine is then sucked up into the softener and through brute chemical force, it will break the bond between the hardness ions and the resin, and recharge resin with new sodium ions to exchange later.  The excess brine, hard water ions, etc are then flushed to waste and the media is rinsed. When the system goes back into service, it’ll have fresh sodium ions to exchange for the hardness ions in your water system.

What are the benefits of soft water?

Soft water not only has beneficial effects for skin and hair, it’s better for your plumbing system, appliances, and clothes.  Soft water reduces the damages that water heaters suffer from minerals in the water, and water heaters are more efficient without scale and debris attached to the electrodes/heat exchangers. Soft water greatly enhances the effects of soaps and detergents, meaning you can cut down the amount of detergent your using to clean with. Less detergents in your waste water stream greatly reduces the detergents in your septic system.

There are products that talk about using magnets and electrical charges to remove or reduce hardness, but there’s very little science that supports this equipment in a residential application.

A compound called Polyphosphates have been used successfully to sequester, bind up, undesirable metal ions in water.  Polyphosphates are salts formed from phosphates.  Commercially there are both sacrificial medias and cartridge based solutions that use polyphosphates on a residential scale to remove the effects of hardness, iron, and reduce the effects of corrosive water by sequestering or binding to metal ions, such as copper.

What are the side effects or downsides?

Not many – water softeners are used extensively in residential up to municipal systems, though the cost of salt for the regeneration process usually limits their usage in larger high volume applications. On a residential scale, salt costs can be reduced by newer high efficiency softeners with Vortech plates, such as in the Master Water Satin series softeners, and other technology, greatly reduce the amount of salt used by the softeners. 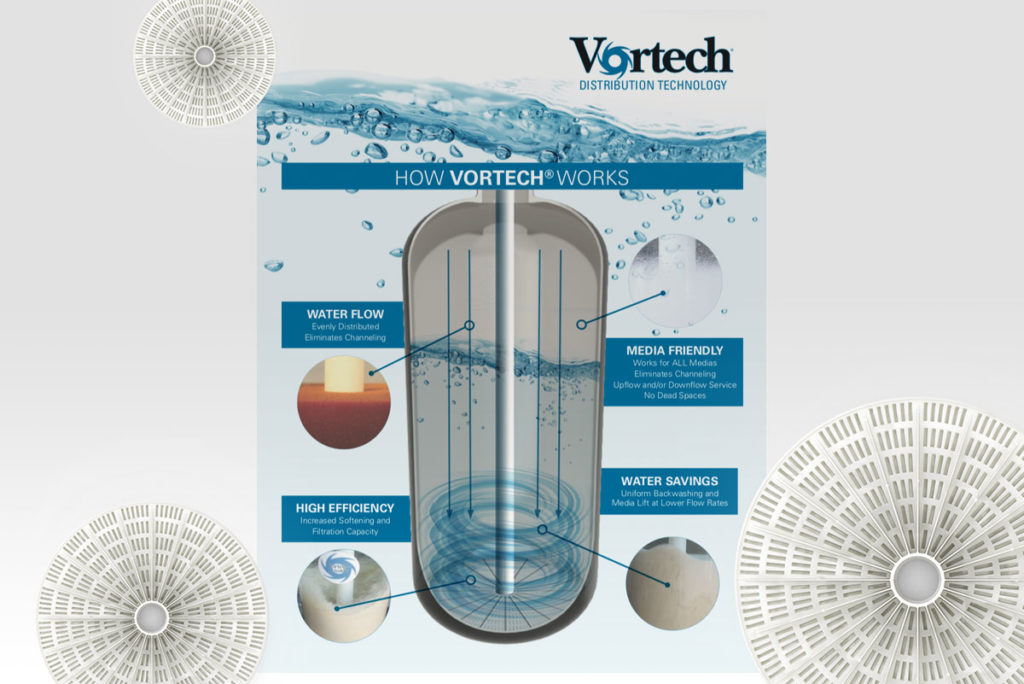 A cutaway view of where a Vortech plate is installed. Vortech plates are examples of new technology that really increases water softener and filtration performance and efficiency.

For residential systems, disposal of the salt from the cleaning process is handled adequately by under ground infiltration, septic systems, or sewer systems.

You will consume slightly more sodium if you drink a lot of water. Since this is more or less a 1 to 1 exchange, the amount of sodium added to your water is about equal to the amount of hardness, iron, and manganese that is in the water – typically less than 100 mg/L. If you were to get all of your drinking water, roughly 1 gallon per day, from a source with this much added sodium, you’d be looking at about the equivalent of 2 slices of white bread worth of extra sodium in your diet.

Is a water softener right for your home?

Maybe, probably, and possibly are all good answers to this question. JKA Well Drilling & Pumps can examine laboratory water test results and perform on site sampling to determine if a water softener is the right product for your home.  Give us a call today to schedule an appointment.

How Water Wells Work and Where Your Water Comes From Despite the fact that 15% of Washington state residents receive their water from private water wells, but even more get their water from a public water systems fed by water wells.  Very few people actually know how...
Read More

Once water is discovered, it becomes drillers job to determine where the best place in the aquifer is to get the water. There's no such thing as an underground 'lake' in unconsolidated materials (sands, gravels, clay, etc) – all the aquifers are made up of sand &...
Read More